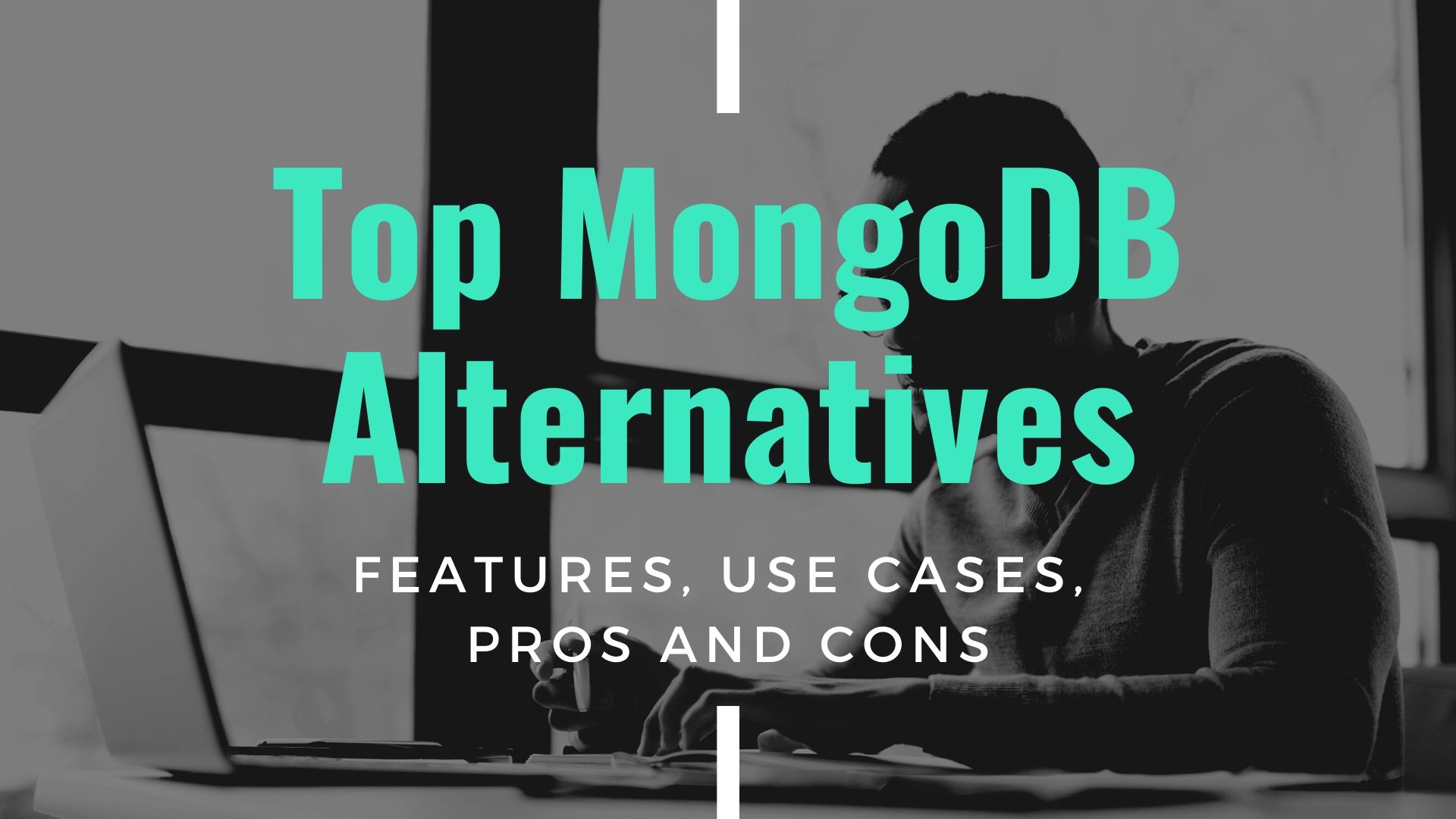 MongoDB is considered the most famous of NoSQL databases out there. It is the go-to tool used by Javascript developers when it comes to the creation of code that combination with Express, Angular or React, and Node.

Side note: the term NoSQL is the name given to describe any type of database that does not conform to the SQL relational model.

NoSQL can be said to have entered mainstream usage around 2009 with sites like MySpace shooting it. There are significant differences between NoSQL and previous database architecture that can result in lost records and diminished performance:

But as good as NoSQL can be, it has abandoned some of the core features of databases that make them highly attractive and easy to use. And as a direct result, many developers are contemplating moving away from MongoDB and NoSQL to alternatives such as Redis, PostgreSQL, Cassandra or DynamoDB.

So if you are also considering migrating from MongoDB to any of these four alternatives, here are what you should expect from each, their upsides and downside in utilization plus what they are best used for.

We are starting off our list with PostgreSQL. Also known as Postgres, it is a popular, free SQL database used by a substantial majority of developers.

Over the years relational database has been evolving with its advocates noting the ongoing prevalence of SQL architecture and improved ability to conduct operation analytics on SQL databases. This means that they can handle a majority of the workloads, with the scalability, reliability, and availability that is required to run modern applications.

In summary, if an SQL database is scalable, then it's preferred over NoSQL and PostgreSQL falls under this category.

PostgreSQL is the first database management system that implements a multi-version concurrency control feature, even before Oracle. MVCC for short.

Since it is a general-purpose object-relational database management system. It allows you to add custom functions developed using different programming languages such as C/C++, Java, etc.

Here are some common use cases that enterprises benefit from when working with PostgreSQL:

PostgreSQL is highly suitable for the financial industry. PostgreSQL is fully ACID compliant and therefore ideal for OLTP (Online Transaction Processing) workloads. However, PostgreSQL is not only a good choice for its superior OLTP capabilities – it is also a highly capable analytical database and can be integrated nicely with mathematical software such as Matlab and R.

PostgreSQL is not only a tool for the financial industry – there is also a really powerful GIS extension called “PostGIS” which provides hundreds of functions to process geo data in various formats. PostGIS is highly standard compliant and is one of the de-facto standards in the Open Source GIS world. In combination with QGIS or GeoServer the Open Source community provides powerful means to handle geodata.

Many world class industrial manufacturers use PostgreSQL to speed up innovation and to drive growth boost through customer-centric processes, and optimize supply chain performance using PostgreSQL as a storage backend. PostgreSQL is a reliable, long term data stores and offers you reliable storage at low costs. In industrial manufacturing reliability is everything. If a production site is down due to a failure it can easily cost millions. Therefore PostgreSQL is the ideal choice because it can be configured for automatic failover, full redundancy, and almost zero downtime upgrades.

Developed by Amazon Web Services (AWS), DynamoDB is also a NoSQL database that store JSON-like data with the arbitrary schema, same as MongoDB. Plus with the addition of "encryption at rest" it can be considered to be ahead of MongoDB. However, since they both share the same NoSQL structure, migration from MongoDB is very simple and straightforward.

DynamoDB supports auto sharding and load-balancing. This allows applications to transparently store ever-growing amounts of data. The linear scalability of DynamoDB is best for applications that need to handle growing datasets and IOPS requirements.

Here are some common use cases that enterprises benefit from when working with DynamoDB:

Applications that contains large amounts of data and are strict with the latency requirements. As the amount of data scales, the JOINs and advanced SQL operations can slow down your queries but with DynamoDB, your queries always have a predictable latency irrespective of size of your database.

DynamoDB is also accessible via an HTTP API and also performs authentication & authorization via IAM roles, that makes it perfect for building serverless applications.

If you're generating the recommendations and serving them to the user, DynamoDB's simple key-value access patterns make it a fast, reliable choice plus thats a very easy process.

Written in Java with deployments on BSD, Linux, OS X, and Windows platform. Cassandra was originally developed by Facebook but now a product of the Apache software foundation, it is a highly scalable open-source non-relational database that has the advantage of being continuously available, with linear scale performance, operational simplicity and easy data distribution across multiple data centres and cloud availability zones.

Cassandra is best for real-time analytics. So if you are developing applications that require massively scalable systems with a tone of data then it is a good idea to take a look at Cassandra.

Here are some common use cases that enterprises benefit from when working with Cassandra:

Users activity feed: Starting out with MongoDB to power Adobe’s Behance activity feed they met a scale wall; electing to migrate to Apache Cassandra for its linear horizontal scaling. Not only did this improve performance and fault-tolerance, but they cut their overall database costs by 70%.

If you have a need for speed then this might just be what you are looking for. Based on working with an in-memory dataset, it enables you to run atomic operations on data structures such as strings, hashes, lists, sets, sorted sets with range queries, bitmaps, hyperloglogs and geospatial indexes with radius queries.

But it should be noted that Redis runs best with very clearly defined and limited datasets. This might be an issue if you are into designing prototypes. But will be an advantage if you have a good structure plan you wish to implement such as pre existing applications.

If you have an application that requires data to be shared across multiple servers, processes and other applications then Redis is the scalable data store you might need.

Here are some common use cases that enterprises benefit from when working with Redis:

Caching for databases: Redis is able to handle large amounts of real-time data, making use of its in-memory data storage capabilities to help support highly responsive database constructs. Caching with Redis allows for fewer database accesses, which helps to reduce the amount of traffic and instances required. By using Redis for caching, development teams can dramatically improve their application throughputs by achieving sub-millisecond latency. And since Redis’ caching layer can scale quickly and economically, organizations are able to develop these highly responsive applications while reducing their overall expenditures.

Having a multitude of choices when selecting an alternative for MongoDB means you can be a bit pickier. You have to examine your platform, needs and use-case to make a good judgement. We do however have a preference for DynamoDB and Postgresql. Especially in the case of DynamoDB if you are already on the AWS platform but Cassandra and Redis have their use cases too and work better for certain workloads.