When to Migrate from AWS to Google Cloud Platform 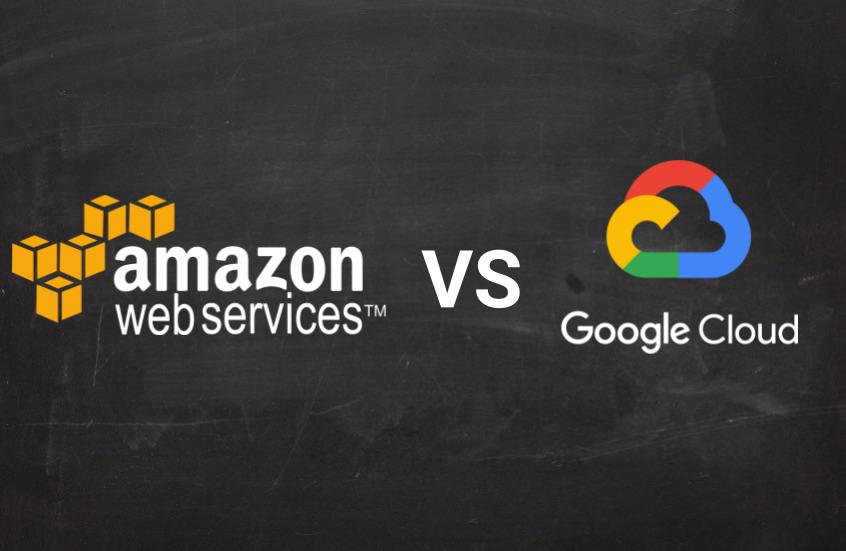 If you have been paying attention to the tech industry lately, you would have noticed a surprising trend, large enterprises such as Spotify, Snapchat, adtecho.com, NYTimes and even Netflix are moving away from Amazon Web Service (AWS) over to Google Cloud Platform (GCP). Some of the faults can be squarely laid on Amazon’s front-door but others can be attributed to the competitive advantage GCP has gotten over AWS.

Over the years Amazon has diversified, sticking their long tentacles into as many industries and markets as they can legally enter. It would be a grave error to consider Amazon solely as a retail business. Its’ founder and CEO Jeff Bezos have ensured that it’s far more fluid than that. Beginning with their late-’90s acquisition of IMDB, the internet’s repository of film information, Amazon has proven itself to be an ever-changing ecosystem of products and services, each one a sizeable bet on the future. This means that Amazon has divided focus, which makes innovation and creativity with developer-focused tools and functionality, not a top priority for them. That's not all, this lack of focus also affects the adoption of new technology. While we might not be except for using these new technologies and techniques, it has recently been showing that AWS usually comes late to the party. GCP technical expertise, on the other hand, is profound, and its industry-leading tools in deep learning and artificial intelligence, machine learning, and data analytics are significant advantages.

GCP making its own Path

But amazon’s diversification isn’t the only reason companies are migrating over to the Google Cloud Platform. GCP has a few things going for it, while AWS leads in terms of the numbers of customers and products, GCP already provides all the necessary functionality and offers good pricing along with configuration models, backed up by serious traffic privacy and security measures. This is a major draw if you are into DevOps (Development and Operations), its Budget-friendly pricing is one of GCP’s main selling points, with its Cloud Platform Committed Use and Sustained Use Discounts offering significant cost savings over AWS, with no upfront costs. Google’s pricing structure is also far less complex than AWS, which is infamous for difficult-to-decipher invoices filled with hidden costs. Google’s always-free tier is also more robust than AWS, including 28 frontend instance hours and 9 backend instance hours per day on the Google App Engine, 5GB of Regional Storage on Google Cloud Storage, and 1GB of storage on Cloud Firestore, GCP’s NoSQL document database. But some of the most driving factors that give GCP its edge is the developer experience. The number of rules and specifications needed to get even the simplest instance running on AWS gets in the way of developers that just want to get things done. There is no need to be an AWS billing guru or what limitations apply to what region as GCP simplifies all of this.

A world of Kubernetes

This is not all, not by a long shot, while AWS offers Kubernetes services, but Google-developed Kubernetes. For the un-initiated, Kubernetes is a portable, extensible open-source platform for managing containerized workloads and services, that facilitates both declarative configuration and automation. It has a large, rapidly growing ecosystem. Kubernetes services, support, and tools are widely available. Google Cloud Platform users get to access new Kubernetes features and deployments immediately, while rollouts on AWS are delayed. Google Kubernetes Engine (GKE), generally considered the gold standard for running Kubernetes, is easier to use than Amazon EKS, especially for developers who are new to Kubernetes or containers. Google’s home-field advantage with Kubernetes makes GCP an attractive choice for organizations in need of this technology (This is practically every enterprise DevOps using cloud solutions).

The home field advantage doesn’t end there as Google is known for a growing number of Open Source Solutions that are making their way into the enterprise cloud space. Google is one of the largest contributors to OSS, having created over 2,000 open source projects in the last decade. While AWS also benefits from this, it usually comes late to the game. A perfect example of this is the Kubernetes Engine and TensorFlow both developed by Google, which will see faster updates and added features/function in GCP than in AWS. Google believes that an open cloud embraces the idea that the power to deliver your apps to different clouds while using a common development and operations approach will help you meet whatever your priority is at any given time, whether that’s making the most of skills shared widely across your teams or rapidly accelerating innovation. So GCP customers can, for example, use Kubernetes to manage containers and TensorFlow to build machine learning models far more easily.

This would not still be enough to convince some to migrate from AWS to GCP but our next point will, Cybersecurity. When it comes to Security, no one has more knowledge and hands-on experience than Google. As the largest search provider, they are also the target of massive intrusion attempts and hence leads the industry in data protection. By default, GCP encrypts all data in transit between Google, its customers, and its data centers, as well as all data in GCP services and stored on persistent disks. In AWS, data encryption is available, but not by default. This is a major potential vulnerability; many successful cloud cyberattacks have been traced back to misconfigured cloud servers. Google Cloud also allows developers to encrypt cloud applications at the application layer, to obtain the highest levels of data security. The Cloud DLP tool makes it easier for users to identify and manage sensitive information, including the ability to redact sensitive data from text streams before writing to disk, generating logs, or performing analyses. This extra layer of security and attention to detail is a major selling point for its cloud services. Also, Google’s commitment to cybersecurity extends beyond software and into its hardware. Google is the third-largest server manufacturer in the world, but they do not sell their servers out to others; they build them solely for internal use so that they have complete control over the entire build process.

Adding a bit of AI into the mix

Google also developed and is continuously refining its own AI chip, the Tensor Processing Unit (TPU), which was built specifically for machine learning and offers accelerated neural network computation that enables faster, more accurate training of ML models. Google uses the TPU to power a number of its own services, including Gmail and Google Search. With Google’s Cloud TPU, customers who are looking to build for AI, Iterate faster on your ML solutions, or just want to use proven, state-of-the-art models can do so immediately. Amazon, on the other hand, offers no equivalent to the TPU. This means that GCP will have the advantage of using AI and machine learning to improve on its services. Google also provides Cloud Machine Learning as a platform for you to develop your own machine learning system.

Another one of the main GCP’s benefits is that it’s one of the largest and most advanced computer networks in the world, and it gives you access to the numerous tools to help you focus on building your application. While both AWS and GCP are highly effective MLaaS providers offering affordable, scalable and highly customizable Cloud-based services and both come up with a wide range of services that eliminate the need for cost-intensive machine learning infrastructure and offer equal opportunities to small and medium enterprises to leverage the Cloud-based AI services for their specific requirements, most developers levitate towards GCP simply due to its ease of use and dev-friendly interface. which outmatches AWS in some cases.

While GCP doesn’t have all the existing product lines that can be found in AWS there is a clear migration path for those moving from AWS. Some examples of the more directly comparable product from AWS to GCP include:

A more comprehensive list of product comparison can be found here.

So when should you move?

All the above explains why it’s a good idea to move over to GCP from AWS but not when to move. If you are already an AWS user, you will recall that AWS is great for startups and small businesses who are just getting into their strides. Plus, for students and educational institutions, it’s a cost-effective way to start off a project with almost zero cost during the first year and also have the possibility to obtain Amazon Credits through programs like Amazon Activate. But there are certain thresholds that when reached would indicate that it’s time for a move. One of which would be the available tools, developers want access to top-of-the-line tools when building solutions and GCP offers this in terms of monitoring, developing and more, they match this with user -friendly integration modules like Kubernetes, Cloud Functions, and Pubsub, etc. Another would be the discount given on its products plus an easy to use calculator that is transparent with no hidden fees/charges.

While the Google Cloud Platform is expanding and adding more services to its repository on a fairly regular basis, it should be noted that AWS still outmatches them in a few things. For example, as at the time of writing this article, AWS operates 49 Availability Zones within 18 geographic Regions, with announced plans for 12 more Availability Zones and four more Regions in Bahrain, Hong Kong SAR, Sweden, and a second AWS GovCloud Region in the US. While Google Cloud Platform has 13 regions, 39 zones, over 100 points of presence, and a global network with 100,000s of miles of fiber optic cable. It should be noted here that both AWS and GCP are constantly expanding their coverage with AWS currently in the lead, GCP is aggressively trying to meet and exceed the competition. Even with this scaling is still preferred on GCP than with AWS especially if you have petabytes of data to deal with. The bigger issues for Google, at least in terms of cloud storage, are features and functionality. In the IaaS and PaaS space, Google is only really competing with Amazon and Microsoft, but the storage space has a broader set of competitors, often with more useful features for professionals.

To summarise, strong data protection, AI integration, open source tools, and better scalability are the driving factors to move over to the Google Cloud Platform. Hence when the billing and/or functionality advantage of GCP outweighs that provided for you on the AWS platform, it might be a good idea to looking migrating.